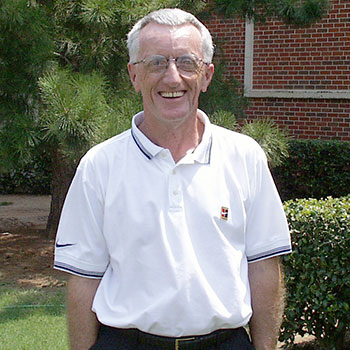 Dr. Neil Purdie passed away on November 6, 2014, after an extended illness. He was born in Castle Douglas, Scotland on September 16, 1935. He attended Kirkcudbright Academy, where he won the Hamilton Prize and Sports Champion in 1953. He earned his undergraduate degree and Ph.D. from the University of Glasgow in chemistry with honors. He moved to the United States in 1963 to accept a post doctoral fellowship at the Brookhaven National Lab in New York. After returning to Scotland for a few years, he accepted an offer of an Assistant Professorship in the Chemistry Department at OSU in 1965.

Neil spent the next 46 years at OSU performing research and teaching. His mentorship included about 15,000 undergraduates and 34 graduate students. He was able to relate to students in a most inspiring manner, which facilitated the learning process. His teaching skills were exceptional and were documented by his winning the A&S Teaching Award (1968-69), the Amoco Award (1980), the Alumni Blue Key Award (1981), the Oklahoma Medal for Excellence-Teaching at the College/University Level (1990), the OSU Mortar Board (1991), and Regents Distinguished Teaching Award (1995). He was Chair of the Chemistry Department for more than 20 years. His excellent and long-time service was recognized by his appointment to a Regents Distinguished Service Professorship (2009). His research resulted in 85 publications. one book, and 11 book chapters, along with holding 13 patents. He was awarded the Oklahoma Academy of Scientist of the Year (2000) for his research which was magniﬁed by his also receiving the Oklahoma Chemist Award in 2005. He was respected across campus. He retired in 2011.

He was an avid soccer fan, he loved golf, and he had a passion for theater. Golf was his stress reliever even when playing alone. His daughter Raegen was an outstanding soccer player at the Stillwater High School. Neil was also a very active participant in 26 stage plays at the Town and Gown Theater in Stillwater. Neil is survived by his wife, Robin, three sons and one daughter. OSU was favored to have the services of a scientist of the caliber of Dr. Neil Purdie for nearly half a century.