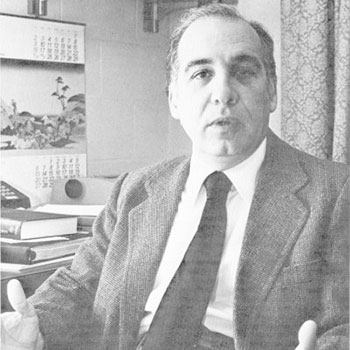 Horacio A. Mottola, 85, an Emeritus Regents Professor of Chemistry at Oklahoma State University, died on June 3, 2015, at his home in Florida. He was born in Buenos Aires, Argentina, on March 22, 1930. He received his undergraduate and graduate education at the University of Buenos Aires, earning Licentiate and Doctoral degrees in Chemistry in 1962. He spent two years of pre-doctoral research studies at the University of Minnesota (with the late Ernest B. Sandell) and two years of postdoctoral studies at the University of Arizona (Tucson) in Professor Henry Freiser’s research group. After teaching for two years at the University of the Pacific (Stockton, California), he joined Oklahoma State in the autumn of 1967. He retired from Oklahoma State in June, 1998. Professor Mottola was Chairman of the Chemistry Department at Oklahoma State from March 1991 until March 1994. He has authored more than 155 papers in referenced journals, co-edited a mongraph on Chemical Modification of Surfaces, and is the author of a book on Kinetic Aspects of Analytical Chemistry. He and his research group developed a closed-loop flow system with the circulating enzyme glucose oxidase. Injection of glucose samples, followed by an evaluation of oxygen consumption at an exposed platinum wire electrode, enabled the quantitative determination of glucose. This glucose analyzer allowed a medical technician to determine the glucose level in a blood sample within 1-5 minutes. The method was adopted by Eppendorf Corporaton and was in use in hospitals in Belgium France, Germany, and the Netherlands.

Professor Mottola was a member of the Editorial Board of Analytica Chimica Acta. He received numerous awards, including the Oklahoma Scientist of the Year (1981) from the Oklahoma Academy of Sciences, the Oklahoma Chemist of the Year (1990), and the Sigma Xi Award (1981). During the latter part of his tenure at OSU, Dr. Mottola was honored by the journal Analytical Chemistry by having his work over many years cited as one of the best 60 papers published over 6 decades. He is survived by his wife Marie, a daughter Adriana, and a son Horacio.

Purpose: This Fund will be used to support the Dr. Horacio Mottola Scholarship as described below. This Fund will be managed in all respects pursuant to the OSU Foundation Endowment Management Guidelines attached hereto and made a part hereof.

Selection Criteria: The recipient must be enrolled as a full-time undergraduate student at the University in the College of Arts and Sciences. The recipient must be majoring in Chemistry and have a grade point average of at least 3.5 on a 4.0 scale. Selection preference will be given to students with an expressed interest in analytical chemistry. The scholarship is to be granted for one year but past recipients are eligible to be selected again if he/she continues to meet the selection criteria. 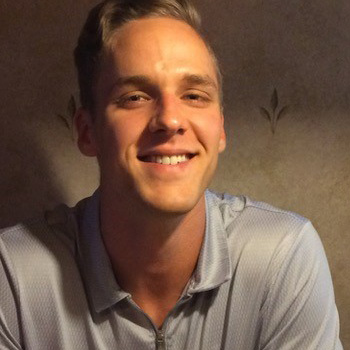 Fall 2018 - Dylan Dyer grew up in Collinsville, Oklahoma and is a Senior at Oklahoma State University. The Dr. Horacio Mottola Scholarship has been a huge help in allowing him to graduate debt free, something not common among college students today. At Oklahoma State University, Dylan is currently developing methodologies to measure gas absorption of thin films of mesoporous silica using a Quartz Crystal Microbalance. He also has one paper as an undergraduate researcher. This paper was a result of his quantitative measurements of the reaction of hydrogen peroxide with hydrogen bronze surfaces (Top. Catal., 61, 1183 (2018)). Dylan plans to attend graduate school in the Fall of 2019, and address environmental and energy related problems such as improving the efficiency and stability of solar cells.