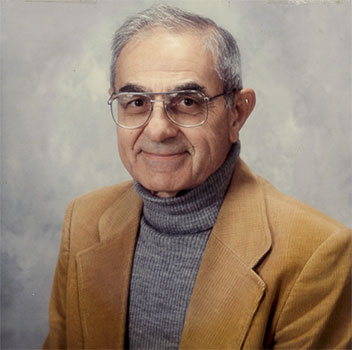 Edmund "Pete" Eisenbraun, an Emeritus Regents Professor of Chemistry at Oklahoma State University, passed away on July 29, 2016 at the age of 95. Dr. Eisenbraun grew up in South Dakota and served in World War II in the 109th Engineer Combat Battalion, 34th Infantry Division in the North African and Italian campaigns. After serving in World War II, he enrolled at the University of Wisconsin as a chemistry major, and he graduated in 1949 with a B.S. degree and in 1955 with a Ph.D.

He initially worked for the Monsanto Chemical and Engineering Company before starting postdoctoral work at Wayne State University. He continued his postdoc at Stanford University, followed by serving as the Director of Research at Aldrich Chemical Company. In 1962, he joined Oklahoma State University as an Associate Professor in the Department of Chemistry. He was promoted to Professor and Regents Professor in 1968 and 1975, respectively.

After retirement in 1993, Dr. Eisenbraun remained an active research figure until 2002, assisting the department and acting as the chemical safety officer. In total, Dr. Eisenbraun's research group produced over forty M.S. and Ph.D. degrees and mentored at least twenty postdoctoral scholars. The combined efforts of his group resulted in more than one hundred publications.